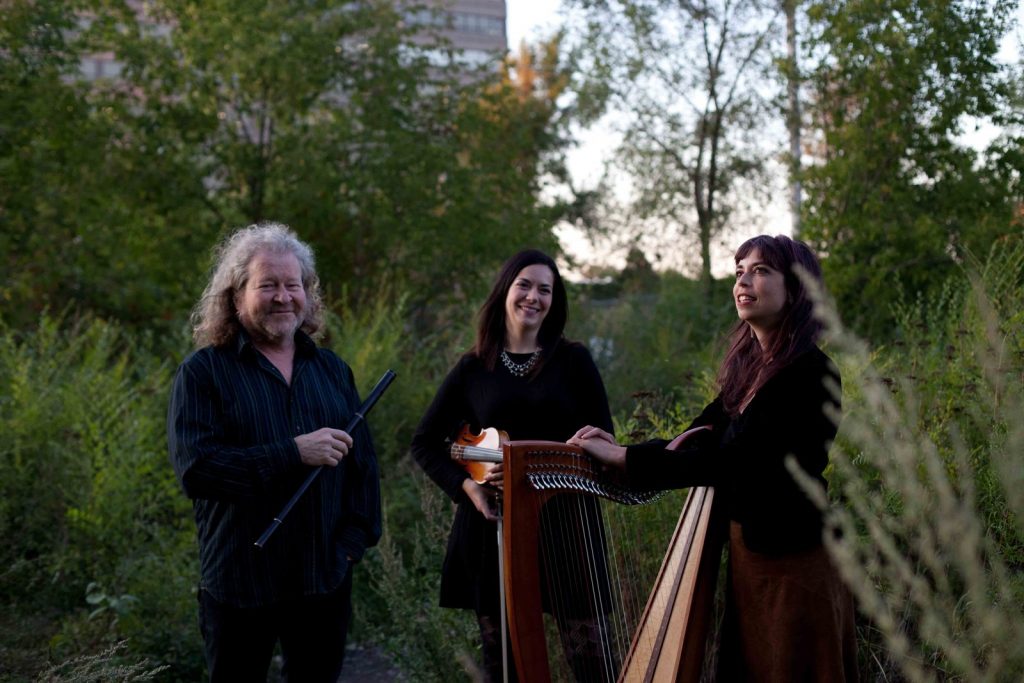 The virtuosic trio bring Celtic traditions together with classical, jazz, and world influences in unique and innovative stylings. Renowned musicians Kate Bevan-Baker, David Gossage, and Sarah Pagé will play tunes from their album, Echo Land, along with Irish music from past centuries and pieces referenced in James Joyce’s epic novel, Ulysses. They’ll explore the origins of old and cherished melodies and share their own musical origins. Fiddle, flute, harp, bouzouki, guitar, vocals provide a lush, lively, and varied soundscape, a perfect way to spend a Sunday afternoon.

The concert is free. Donations gratefully accepted either online or in person.

If you can’t be there in person you can still enjoy the concert on a livestream, which will be made available from this webpage.

The Wheel Club is a historic and cultural gem. It offers a fully stocked bar and a delicious menu of dumplings and salads. Located just south of Sherbrooke Street West on bus routes 104, 105, and 138, the club has a parking lot and an accessible entrance. Everything old is new again.

Please register for the livestream or to attend in person. Seating is limited. Proof of COVID-19 vaccination and masks required.

We had a spectacular festival with you all, and can’t wait for next year in person! Check out videos of our events below!

James Joyce: Friends, Enemies, and Influences: Check out UK illustrator Craig Morriss’s gorgeous, humorous, and insightful caricatures of James Joyce and his milieu here. Craig offers our festival a special platform to view his work and commentary for the second year in a row. And if you fondly remember last year’s installment, it’s still available to view here! 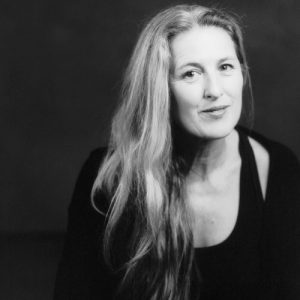 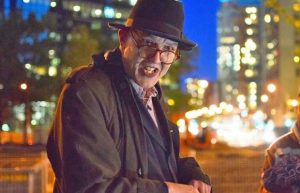 Join historian Donovan King on a postcolonial walking tour of Old Montreal with an Irish twist! The tour will explore Montreal’s colonial history and the culture and commemoration wars playing out today in the city’s historic district. Interpreted through an Irish-Montreal lens, this tour guarantees that you will never see Old Montreal in the same light again! 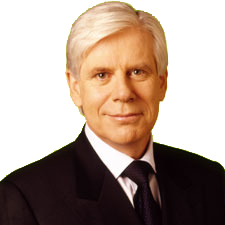 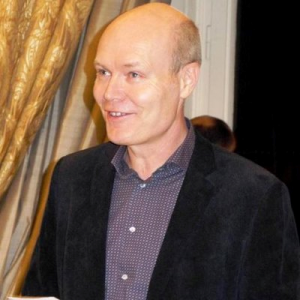 For our 10th Anniversary we share presentations on the theme of ‘Origins’ by returning Joyce Scholar, John McCourt co-director of the Trieste Joyce School and President of the International James Joyce Foundation, speaking on the origin of Bloomsday, Dublin, 1954;  Spanish translator of Joyce, and Marcelo Zabaloy on a lipogramatic translation of Ulysses.  New voices this year include:

Cleo Hanaway-Oakley, Lecturer at the University of Bristol, U.K., exploring Joyce’s “Blind Stripling”, who is encountered by Bloom in the ‘Lestrygonians’ episode of Ulysses, and whose origins lie, partly at least, in Joyce’s interest in fin de siècle Parisian blindness memoirs and manuals.

Casey Lawrence, PhD Candidate at Trinity College Dublin, with the intriguing title of “From Cap and Apron to Bella Cohen: the genetics of vicelike corsets”, an exploration of the cross-dressing scene in Bella Cohen’s Brothel from Ulysses.

Mary Lawton, PhD researcher in The School of English, University College Cork, Ireland, whose presentation examines the interrelationship of James Joyce’s Ulysses and Phineas Fletcher’s seventeenth-century epic poem Purple Island or The Isle of Man (1633). Both the novel and poem explore the human body.

Derek Bateman, PhD candidate from Concordia University, discussing literary allusions to Shakespeare in the “Scylla and Charybdis” episode of Ulysses.

Rewatch the first half of the event here, or the second half here! 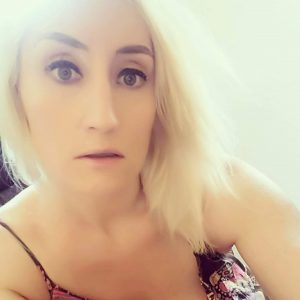 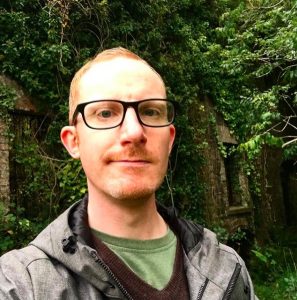 Origins of Irishness in Cinema: From Joyce and Silent Film to John Ford and Darby O’Gill

Kerry McElroy is a film and cultural historian and writer with a recent doctorate from Concordia in the PhD Humanities. Her thesis, entitled Class Acts: A Socio-Cultural History of Women, Labour, and Migration in Hollywood, focused on the actress as working class subject and included fieldwork interviews she conducted with women in Hollywood across professions. She has published articles on cinema, women, history, culture, and politics in Irish America, The Independent, and Serai, among other magazines. She holds master’s degrees from Columbia and Carnegie Mellon Universities.

Cian Gill writes and hosts the Wide Atlantic Weird podcast, a show that takes a critical, but never cynical, look at strange beliefs. Recording from County Cork in Ireland, Cian takes a special interest in tales of the mysterious, weird fiction, and folklore from Ireland. The show features original research, analysis, and contributions from experts in fringe thought from around the world.
Rewatch the event here! 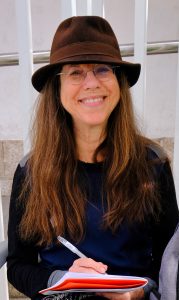 Belfast-born Montreal author, artist, narrative coach and Edward R. Murrow award-winning journalist Anne Lewis shares some current work including her memoir of Leonard Cohen to be published by Simon and Schuster in 2023.  In conversation with Dennis Trudeau. 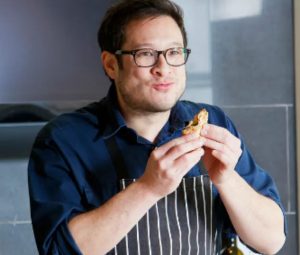 Get ready to bake with Jonathan and in no time you’ll have a fresh loaf of soda bread to go with your dinner! Check out the ingredients you might want to have handy here. 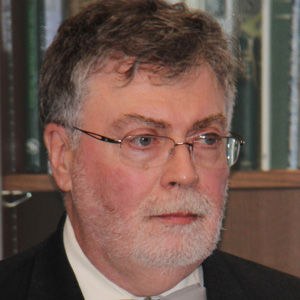 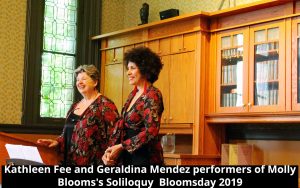 Festival Bloomsday Montreal celebrates James Joyce’s birthday every February 2.  Because, why not? 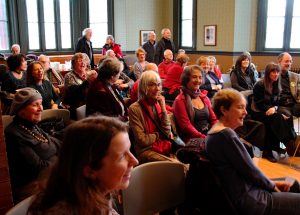 In fact, the 2020 celebration at the Westmount Library (02-02-2020 for the numerologically inclined) was one of the last times we were able to gather in person before COVID-19 upended our lives.  The Westmount room was full to bursting and quite unlibrary-like: the wood paneling echoing with chatter and laughter as people passed around sweets and refreshments.  Our master of ceremonies, Kevin Wright, got the lively crowd under control and introduced a roster of readers for an entertaining hour of stories, reminiscence, and recently rediscovered excerpts of Joyceana.  After a piece of birthday cake all headed out into the snow.

This year we all assembled on Zoom for another evening of readings by and about Joyce, again hosted by Bloomsday Montreal’s president, Kevin Wright, whose erudition sparkles behind a gracious, genial smile.  Kevin has plumbed the depths of Joyce’s work to uncover some little-known gems that suit this year’s theme: Origins.  A distinguished group of local “originals” including the delightful literary sisters, Peggy and Colleen Curran, and theatre stalwart, Clive Brewer, brought them to life.

To kick off our 10th anniversary year, Festival Bloomsday Montréal presented a dramatic reading of The Midnight Court, a racy, word-rich, bawdy poem, widely regarded as the greatest work of comic verse in the history of Irish poetry.  Women take the men of Ireland to court for shirking their duties between the sheets.  “It’s enough to make us broken-hearted—legs galore and none of them parted.”

Composed 250 years ago by Brian Merriman, our rollicking English translation was penned in the 1950s by David Marcus.