A Touch of Local Color at the Atwater Library 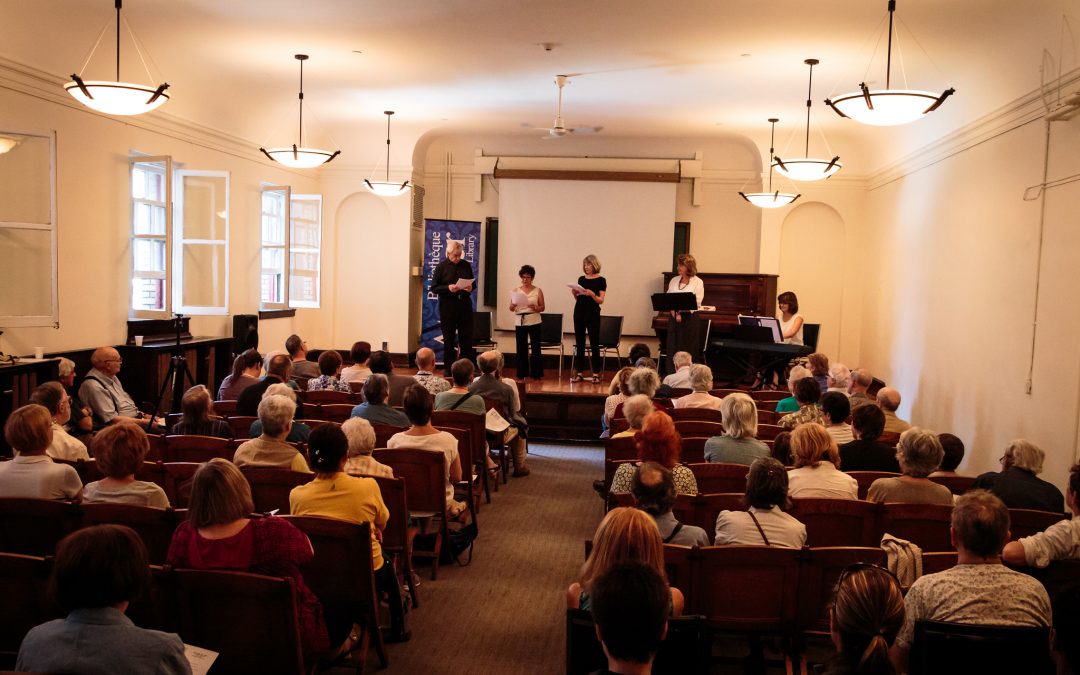 On Thursday, June 15, 2017 Festival Bloomsday Montréal produced a dramatic reading of A Portrait of the Artist as a Young Man (1916) by James Joyce with actors Jan Gregory, Margaret Nicolai, Clive Brewer, and musicians Kathleen McAuliffe, soprano, and Natalia Davydova, pianist at the Atwater Library.

Playwright Anthony Chesterman was a supporter of the Library for many years. After he retired, Chesterman delved into his passion for Irish literature and wrote the first theatrical adaptation of Portrait. 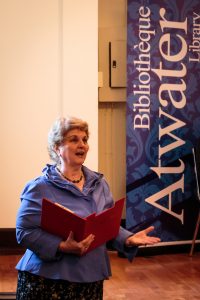 When I introduced the play to the packed audience at the library I explained that Chesterman (who died two days after his 82nd birthday) had deep roots in Montreal. Although he was born in Ireland and studied at Oxford University, he spent much of his life working in advertising in Montreal. His daughter Lesley is the restaurant critic for The Montreal Gazette.

Chesterman’s play was first adapted for the stage by Jimmy Fay. It was produced by Anthony Fox for The New Theatre, Dublin, Ireland in the Spring of 2015 to critical acclaim.

Festival Bloomsday Montréal is grateful to have had the privilege of staging this fine adaptation of Joyce’s first novel. Many thanks to the New Theatre for allowing us to use excerpts of the play for our production on June 15. The audience thoroughly enjoyed the show.

A short clip of the performance is available on our YouTube channel here. 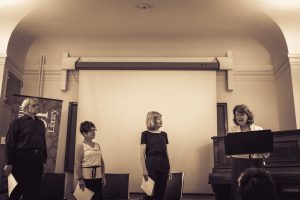 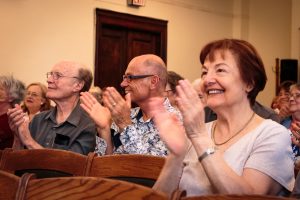