The intrepid Bloomsday team of Miriam, Alex, Yves, Kevin, and Louise proudly hoisted the Bloomsday banner high during the Saint Patrick’s Parade on Sunday, March 22.  David and Judith only made it as far as the corner of Fort and Ste. Catherine.   The first official celebration of a 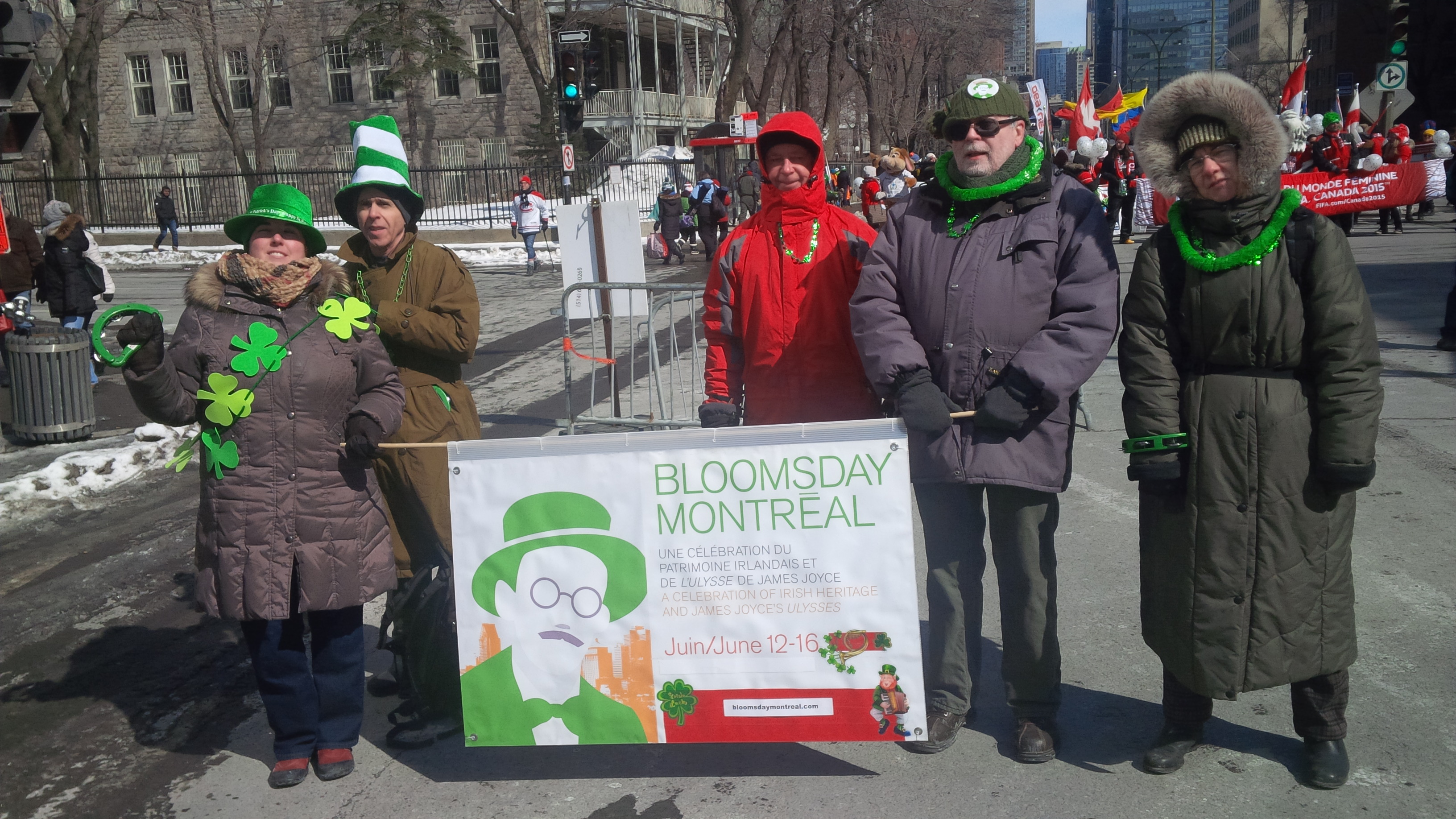 St. Patrick’s parade took place on March 17, 1824.  In 1928, the United Irish Societies of Montreal was founded with the mandate to continue organizing  the parades. They held their first parade in 1929. The U.I.S. is still organizing the St. Patrick’s Parade today.  Find out more about the history of the parade and the determination of the Irish to have it continue on the parade’s history corner written by Don Pidgeon, local historian and storyteller.  http://www.montrealirishparade.com/about-us/history/historians-corner