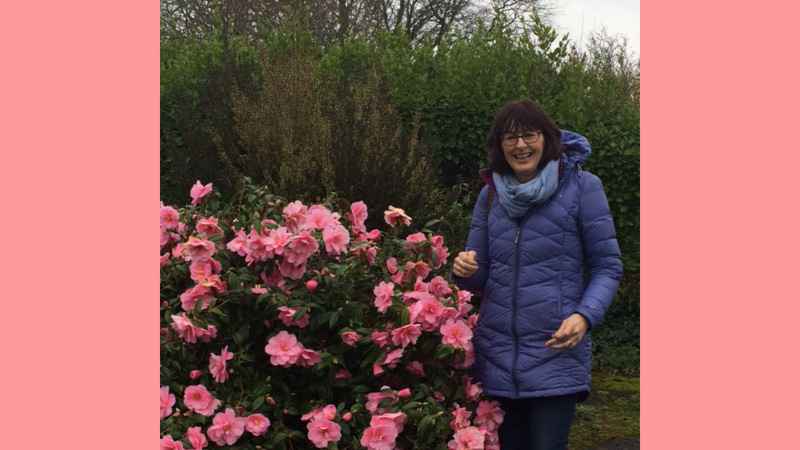 “Where are you going?” was the popular question at Eleanor Kelly’s graduation party. And if you guessed that she was born in Ireland, then you guessed right. 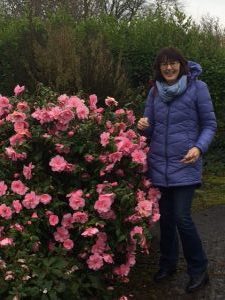 Eleanor moved to Canada with her husband in 1987 after graduating from University College Dublin in Library Studies. But she struggled to find a job when she first arrived in Montreal because of her lack of French.

In the end, that obstacle was an advantage. At the time she was hired, the Jewish Public Library was the only library to serve the N.D.G and Côte-des-Neiges neighborhoods and offer an extensive collection of English books. In fact, the library carries books in five languages: Yiddish, Hebrew, Russian, English and French.

“And it’s not like I speak Yiddish or Hebrew,” Eleanor laughs. “So I really try to provide a nice service to people.” Today she is the Head of Circulation at the Library, and she loves her work.

“I have picked up French along the way. But as you can tell, I still have my soft Southern accent. All Irish accents are distinctive, and you can really tell if someone’s from the North, or from the South of Ireland. I love that.”

The JPL is known for several reasons. But as Eleanor explains, “our niche is really Judaica, and we are both a public library and a research library. This makes us very unique. This library is also over 100 years old. The Montreal community should be proud of that.” 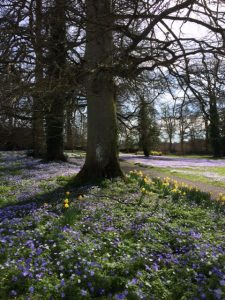 When I ask her if she’s a fan of James Joyce, she laughs, and shakes her head no. “I’ve never read Ulysses, but I have read Dubliners. And I have seen The Dead movie, but I think everyone’s seen that.”

I ask Eleanor if she sees as many commonalities between the Jewish people and the Irish people as I do. “I have noticed that. Jewish people and Irish people share historical similarities. They both have a large diaspora who have left, or never even visited the homeland. And they share similar stories, and memories of exile, and of persecution, and prejudice.”

Eleanor visited Ireland this past spring, and I get the impression she tries to return to her childhood home as much as she can. “Memories of the past are very important. And I have gone to a singing event hosted by Bloomsday a couple of years ago at Westmount’s Victoria Hall. It reminded me of sing-songs my parents would have at our house, which was quite lovely.” I think everyone loves to cherish the happy memories of the past.

Note: This year Festival Bloomsday Montréal will be offering festival-goers two opportunities to attend Growing up Irish either on June 15 or June 16 . Master storytellers join a pianist and a soprano for an hour of Joycean stories and music. Listen and singalong — you’ll hear some of the best-loved tunes that appear in the works of James Joyce, and perhaps rekindle a memory or two.