Molly Bloom: From the Inside Out 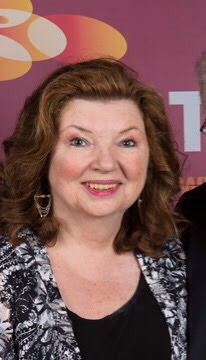 As I prepare for my interview with the actor, Kathleen Fee, I look through my undergraduate copy of Ulysses. I see a big red dot that I marked right before the Penelope episode. But years later the significance of this dot escapes me. The dot makes me worry. Will I ever fully understand Ulysses?

Despite my nervousness, Kathleen and I meet for brunch at Orange Café in NDG. The red dot is still on my mind, and as Kathleen places her order I puzzle over my copy of the Linati schema. The schema is a table Joyce developed in 1920 to help his friend Carlo Linati understand the foundation of Ulysses. It gives brief clues about each episode including the text’s parallels to The Odyssey, and the color and organ assigned to each chapter. I ask Kathleen, “What color would you ascribe to the Penelope episode?” She thinks about this briefly, and then says with certainty, “Red.” Her answer could not make me any happier. “Why red?” I ask. “Well, red is the color of passion. It’s also the color of the sensitive, and erotic parts of the body: lips, nipples, and genitals… Remember, Molly has her period during the monologue.” Of course, that explains my red dot. I feel relieved as I realize I was onto something with that bold mark.I ask her, “Do you think this has anything to do with Joyce’s famous comment about Molly: Ich bin der Fleisch der stets bejaht (I am the flesh that always affirms)?” Kathleen pauses and takes the question seriously. This is her 5th year performing the Molly Bloom monologue as part of the Montreal Bloomsday festival. She says, “The long struggle for Home Rule provided an opportunity for the Church of Rome to insert its arch-conservative, misogynistic views into every aspect of life in Ireland. Unfortunately, Catholicism regards the flesh as sinful. But Joyce and Molly don’t. For that matter, Joyce shows the anatomical nature of life throughout the book, and I love that. I think he was just trying to show life, the way it is. And this is an affirmation of life, through the flesh.”

It sounds to me like Joyce was being subversive against the church, but Kathleen is not so sure. “What I find most interesting about Molly is her disdain for the church and her lack of guilt in regards for her disdain. She would have come to Ireland when she was about 15. She was an adolescent at this point. I think the fact that she grew up in Gibraltar has something to do with the way she feels about the church, but I don’t think Joyce was trying to be subversive, he was affirming life.”

It’s true. Molly is a life affirming character. Her monologue expresses universal truths about life, but especially about women. As readers, we get exclusive access to her interior thoughts, and this is especially poignant given that throughout the course of Ulysses we’ve heard about Molly all day long. Except, our knowledge of her has come from the male perspective. But as Kathleen points out the male perspective of women is often skewed. “Male directors so often portray women in movies looking in the mirror and admiring themselves. Molly is not admiring herself in the monologue. She’s just looking at herself in her mind’s eye, and accepting the way she is, as a whole person. She has her period and that’s just life for women. No woman looks at herself in the mirror and admires her ass. I don’t care who she is! She’ll be checking the bits she doesn’t like.”

I never thought about it that way before. Even ninety-four years after the publication of Ulysses women are still living in a male dominated world. I tell Kathleen, “Male domination means that we are defined by men. But this definition is…flawed. It’s so one-sided.” “Exactly!” she says. “Joyce portrays Molly from the inside out and that’s one reason why she’s such a famous character, and continues to be interesting to this day.” I try to think of other examples of representation of women that are as frank and authentic as Joyce’s, but few come to mind. The hit show Girls on HBO is one example as is Broad City. But otherwise we are still struggling to be represented as who and what we are, not as what men would like to believe we are.

I’m curious, “What do you think Molly looked like? Do you try to incorporate that into your performance?” She says, “Well, Molly is 32 years old. Joyce is precise about that. Today, I think she would be around 5”4 with a very good figure. She has a round face and she’s an attractive woman. I do try to wear something flowy because she’s in bed, yet I can’t wear a nightie because I’m performing in a pub!”

“Is it easier to perform this piece in a pub rather than on the stage?” Kathleen laughs, “Honestly, when I was 32 I never could have performed this piece—even in a pub! It was a different era. I remember in 1967 I was performing a play with another actress called I’m Going to Pin my Medal on the Girl I Left Behind, and there were sensual parts we had to mime. We toured quite a bit and even performed at Yale. Afterwards, the adjudicator commended us on our ability to perform sensuality comfortably on the stage. Looking back, what strikes me as funny about the adjudicator’s comments is that nowadays girls are bombarded with encouragement to look hot, feel sexy etc, so they grow up expressing sensuality long before they feel sensual. I imagine a young woman today would find it more difficult to express modesty than sensuality. And maybe—I’ve never asked—would have few or no concerns about reading the graphically anatomical description of the sex act in Molly’s monologue aloud in public.”

“You couldn’t pay me all the money in the world to work on stage,” I say. But Kathleen is at ease in front of an audience. She says, “The advantage of being in a play is that you know what you’re supposed to do and what everyone else is going to do. It’s liberating. It’s so easy to feel free when you know what everyone around you is going to say. The stage is a safe place because you know what to expect.” That makes sense. “But Molly’s monologue is so long, how do you know which parts to perform?” “I have been doing this for five years now and in the past I find that I’ve lost people during certain passages. I always start from the beginning of the text. But I have to read the naughty bits with Boylan, as well as the ending because people are expecting that. I do love performing the parts with Mr.Riordon, but I find I lose people during the bits where Molly talks about the oyster incident, or costs, and the shopping for fish. But that’s unfortunate because I love reading those parts. That’s the way women think, some women are obsessed with costs. I have a friend who can remember the price she paid for a pound of sugar in the 70’s, and where she bought it. Isn’t that funny? I’d also love to say more about Stephen but I can’t because Molly doesn’t set-up Stephen. She just thinks about him but doesn’t explicitly say that he came to the house and spent two hours talking to Bloom. It would be too confusing for an audience who doesn’t know the story in detail. So I have to leave that part out.”

As readers of Ulysses will have noticed, the Penelope episode is notoriously unpunctuated. I ask Kathleen what she makes of Joyce’s style. “The first time I read the passage I was surprised to see the lack of punctuation, but quickly took it as a challenge. It was just another word puzzle, which I love. It makes you think about the text but it also allows you a certain freedom to experience it. Nevertheless, the text does have logic, and finding the logic is a challenge. It’s hard to appreciate some things if you’re still trying to solve the punctuation issue. So I have punctuated the passage for the purposes of my performance. You have to decide in your mind is it “we’re” or “were”? But Joyce was pushing the limits all the time, and he makes his readers work.”

I ask Kathleen if she thinks Molly is a misunderstood character because of the lack of punctuation. This can be interpreted as a lack of intelligence. When Ulysses was first published there was a question about whether or not editors should add in the punctuation in their editions. She says, “I do think Molly’s a lot more intelligent than people give her credit for. There’s a tendency to pigeonhole her because she talks about sex, and because she talks in a run-on sentence. But remember, she has a profession, she’s a concert singer and she can read music. It looks like Molly is only talking about sex. But that’s not true. She talks about other things. The sex is just interspersed with that. Being human we think about sex all the time we just don’t acknowledge it. Mr. Joyce just puts it out there for everyone to see.”