Out of the Quagmire and into Joyce 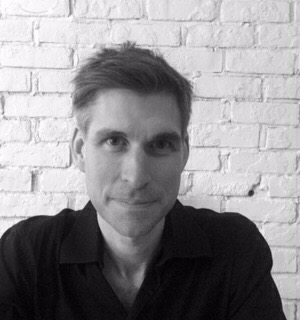 I have to confess I’d never heard of a bog until I met Dr. Derek Gladwin. Have you? Bogs are a type of wetland. They accumulate with organic material, namely dead plants. They are wet, they shift, and they are swampy and dangerous.

Now most of us have heard of the term ‘quagmire’ before, but I never really thought about what it meant aside from knowing that people meant they were stuck, or in some kind of trouble when they said it. But now we both know that quagmire is just another word for bog. Go figure.

Dr. Gladwin knows all about quagmires. His forthcoming book Contentious Terrains Boglands, Ireland, Postcolonial Gothic is an exploration of boglands and their representation in Irish literature and culture. From an Irish studies perspective, and for general reading pleasure (the topic is actually captivating,) a whole new field of interest has been opened up for us.

But I digress. I’m meeting with Dr. Gladwin to discuss a conference he’s organized a conference at Concordia’s school of Irish studies on June 13th: Mistakes are the Portals of Discovery. As a visiting research fellow at Concordia this semester, and in participation with Montreal’s Bloomsday festival, Dr. Gladwin has put together a panel of speakers who will discuss Ulysses with an emphasis on history and food among other topics.

I can tell he’s excited about the event. “Joyce is like a language, and Ulysses is timeless. But if you don’t keep returning to him you lose reference and you lose the vocabulary. That’s why I’ve been enjoying organizing the Bloomsday activity so much because it’s given me a chance to reconnect with Ulysses. Each time you return to the book it feels brand new. You’re inundated, but there’s something beautiful about that. It never lets you get too comfortable.”

I ask Dr. Gladwin what his favorite episode in the book is. “Lestrygonians” he tells me, “Because it’s all about food—I love food! But I’m really attracted to Ulysses because I think it’s one of the best novels in the English language. It’s structurally innovative and it’s mythological and geographical. I love literary cartography. The book is a map in so many ways. It’s psychological, and the psyches of Stephen, Bloom, and Molly are being mapped on top of the city.”

Well I had never thought about the book that way before, but I think he’s right. “Joyce is always dropping hidden gems and the book is a map of Dublin, it’s a social map of politics, a religious map of Catholicism, and it’s a musical map. We can also see it as a literal map, and ask ourselves, where is Bloom going next? It’s a cinematic book too. Especially the “Wandering Rocks” episode; it reminds me a lot of story-boards which function as cinematic montage.”

In Fact, Ulysses is so much of a map that for years people have been celebrating 16 June by walking through Dublin and visiting the same places Bloom visits throughout the course of the day. Dr. Gladwin tells me there’s even a Ulysses app on the iTunes store. It’s called “Joyce Ways Ulysses For You”. As he explains, “It was started by my friend Joe Nugent. It took a long time to develop, and included a crowdfunding campaign. But I think that’s so neat. I can’t think of another book that has such a following and an app dedicated to it. You can take this app and walk around Dublin retracing Bloom’s steps.” Later on, of course I look it up on iTunes, and it does look like something Ulysses fans would want to download. The app store describes it as “A city guide, a study companion, an escapist’s toy. Joyceways is your colorful guide to the Dublin of Joyce. It’s Ulysses for you.” Install now please.

But let’s not forget that Ulysses’ scope is wider than Dublin and its environs. As Dr. Gladwin points out, Joyce had concerns about the environment and urban planning, which may come as a surprise to modern readers of the book. “Joyce is constantly critiquing urban planning. In “Ithaca” he criticizes the Vartry water scheme, which would have set poor against rich. In an urban setting people are separated by socio-economic status, and it’s unfair. This water scheme would have diverted water to the rich and away from the poor. There’s also the famous tree wedding in “Cyclops” which is a critique on the deforestation of Ireland. Ireland was once a country of forests before the various iterations of colonization deforested it. That was a form of environmental trauma.”

So was Joyce an environmentalist? Dr. Gladwin thinks about it, and uses another modernist author to explain. “Bram Stoker was an ecological writer,” he says, “And wrote a book called The Snake’s Pass. It’s a gothic romance fused with the bogs. He creates a lot of juxtapositions in the text and intimates that use of the bogs is not a good thing, even though there was no environmental language like the term sustainability. The bogs constantly shift like glaciers, and people want to access the limestone underneath. They’re also a source of turf for fuel. But the empire uses its colonies for resources, and they extract the land for resources, and the bogs are part of that. They were drained for agriculture but that wasn’t an effective strategy for farming. Since bogs are wet by nature the water keeps coming back. But Stoker wasn’t being an activist either, he was just bringing up a social issue, i.e. that the Irish should have access and be able to use their own land as they see fit, rather than the British. These two authors were talking about the environment in a way that wasn’t political. They weren’t activists about it, but they were talking about it long before we had the term ‘environmental activism’ in our vocabulary.”

So it’s not that Joyce used Ulysses as a soapbox, but as Dr. Gladwin explains, “There’s two ways of seeing Ulysses. First, there’s the modernist approach where you study its formal structure and its literary innovations. Second, there’s the Irish studies approach where you look at the history, city, Catholic resonances, and other things that are taking place in the novel. What I find really compelling is that both are happening at the same time. Joyce is innovative, and he addresses issues in Irish history, and there’s an embedded relationship with empire.”

It sounds to me like Dr.Gladwin is a little like Leopold Bloom himself in that he’s thinking about these social issues with the same sensitivity Bloom and Joyce would. But he just laughs when I say this, “No, I’m more like Stephen than like Bloom. Yet I’m constantly in spaces that are not where I’m from. My career takes me all over the place… So I guess I can relate to Bloom, and that disconnected feeling. I love to walk and explore. I love the cartographic. You explore through your sensorial experience. I feel like I’m experiencing the city through my senses. And you can go back to all the places by experiencing them through your memory too. And we experience Dublin through Joyce’s memory. I love that.”

Don’t miss out on “Mistakes are the Portals of Discovery,” Monday June 13th at Concordia University. This event is free and open to the public.

Dr. Gladwin has a website if you’d like to find out more about him www.derekgladwin.com as well as an academia.edu page which features some of his works on Joyce which may be of interest. https://ubc.academia.edu/DerekGladwin