The Irish of Verdun: The Walking Tour App 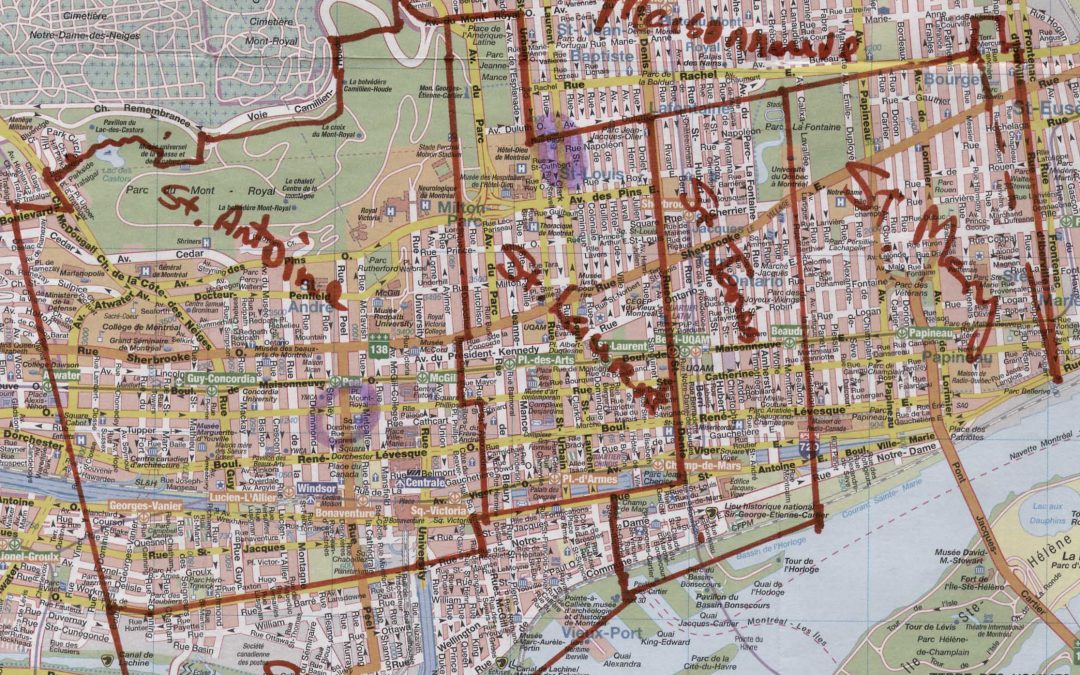 September and October are two of my favorite months because the weather is just right for walking and exploring in Montreal.

And for me, a walking tour is a way to experience history and an attempt to conjure up the past. However, as a Montrealer, I’m so used to thinking about this island as part of the New World that I often forget how much interesting history there is to discover right here.

That’s why I was excited to try the new walking tour App Les Contes de Verdun. This app is free and was released as part of MTL375. It’s also bilingual and available at the iTunes Store or Google Play. 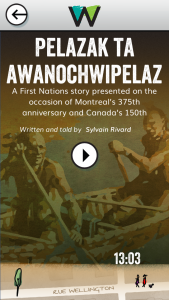 The app is visually impressive, but not user friendly.

The app offers three self-guided tours of Verdun: Magdalen Islanders of Verdun, The Irish of Verdun, and First Nations of Verdun. Each tour is designed to take 26 minutes as you walk one kilometer along Wellington Street.

Unfortunately, my experience with the app wasn’t great.

Firstly, because the app works with GPS, the tours can only be accessed once you are on Wellington, but you don’t know where the tours begin on Wellington until you can access the tours on your device. It’s quite a conundrum. Without realizing it, I began the tour at the wrong end of Wellington, and spent a lot of energy walking to the starting point of the Irish tour, which is somewhere at the corner of Ethel.

Secondly, I found the app extremely sensitive to movement and the stories on the tour were very hard to access. You have little or no control over how the stories start or stop on your device. 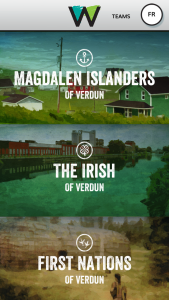 There are 3 different self-guided tours that you can choose from.

You can press Pause once a story begins, but there’s no Replay button, or Start and Stop button. Because of this, you have to tilt your device in a very precise (dare I say magical?) way in order to ‘capture’ the story. But if you walk a few steps, or even tilt your device in the wrong direction, the story stops and you have to fidget around quite a bit to get the story to start over again. That is, if you can.

Finally, I was disappointed that the stories relied too heavily on fairy tales, as I was hoping to learn more about the ‘real’ history of those old denizens of Verdun. But I suppose that history is always part fairy tale because historians have no choice but to re-create and imagine the past to some extent. Especially when people did not have the technology, time or foresight to document their own history. 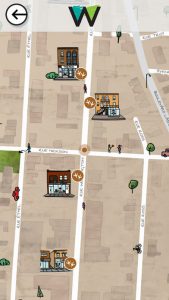 I went home hungrier than ever to learn about the Irish in Verdun so I turned to the best source I could think of: Google. And there I came across an extremely easy-to-read and fascinating thesis by Dorothy Suzanne Cross: The Irish in Montreal, 1867-1896.

I’ve found myself returning to this thesis repeatedly over the past week. Chapter 5, “Griffintown”, is especially interesting. It conjures up the Griffintown of yesteryear so simply — yet so informatively — and in a mere 23 pages. And I think this is probably as close as I’ll ever get to learning about the Irish in Verdun during that era.

But I will say this. The app did motivate me to visit Wellington St. and the area offers a fascinating selection of vintage stores, interesting boutiques, and plenty of tasty food options. And since I left with a few treasures, I guess the app was a partial success.

I’d be very curious to hear about your experience with this app. Did it work well for you? Message me on Facebook or Twitter @Bloomsdaymtl.