What’s in a Name? The Bombadils discuss their latest album, New Shoes 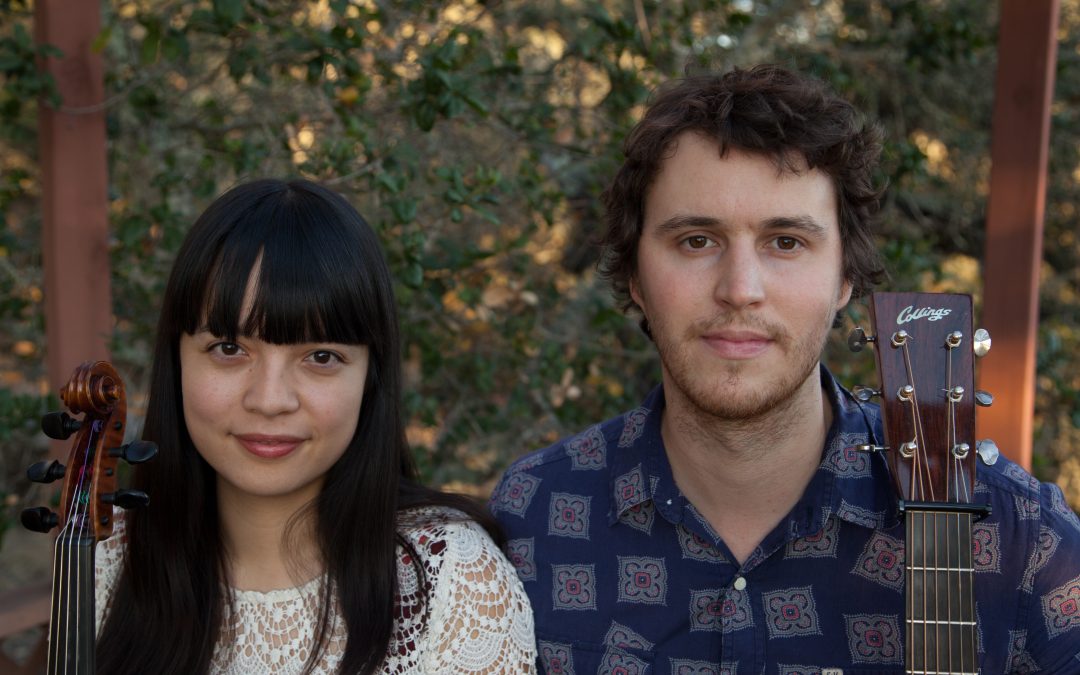 This month I met up with Sarah Frank who is one half of the Bombadils—a Celtic and Folk musical duo who have already released three albums. 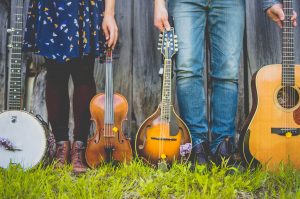 Their first album is named Fill Your Boots, in honor of a popular Newfoundland expression that means to “go for it”. And for Sarah, the title has a personal meaning. At the time she had a pair of red boots that she loved and wore all the time. This made her feel like she was a living embodiment of the expression.

“We play songs that are hundreds of years old,” Sarah tells me “and nobody knows who wrote them. But they’re fun, and easy to jam with other musicians and it’s a nice way to connect with other people.” It must be, especially since the group plays a wide range of instruments. Sarah plays the fiddle and banjo, while Luke plays the guitar and mandolin, and both sing. You can hear a sample of their music on their website.

For their second album, the Bombadils were traveling extensively and booking gigs. So the title Grassy Roads, Wandering Feet made sense. The album also has a surprise Yeats connection. The song “Wandering Angus” is named after one of his poems. The group set it to music in his honor.

Album three, entitled New Shoes, was released in September 2016. “The last album brings out more song writing than we’ve ever done before” Sarah tells me. At one point Sarah found a pair of brown boots in an alley, and they fit her perfectly. It was her real-life Cinderella moment. Hence, the name of the album was born. 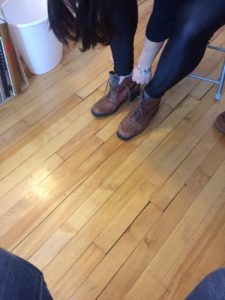 One song on the album called “La fille aux cheveux de lin” was inspired by Debussy. Sarah adapted one of his original piano compositions for this piece. In his time, Debussy named his composition after a French poem that was already 100 years old. “Maybe the imagery of the poem influenced his piece, and I thought the melody would work well in a folk setting. And of course there’s a Montreal connection—because it’s nice to have something in French and acknowledge our time here in that way.”

“Train in the Night” was written by Luke, and it sounds like it would be a perfect and catchy single for the radio. Luke grew up in Nova Scotia where his home was close to the train tracks. One of his recurring memories is falling asleep at night to the sound of trains rolling past. This song is an homage to those sounds, and that period of his childhood.

The group now has a catalogue of original music to play, and they’re taking their time putting together their fourth album. But they do intend on releasing another, and Sarah and Luke are both writing songs all the time. “I think about that scene in Titanic where there’s this string quartet playing upstairs and there’s a romping fiddle playing party downstairs. They’re having so much fun downstairs. I like to think our music has those same qualities.”

You can expect to have fun yourself and hear a lot of folk and fiddle music this June! The Bombadils will be performing for Bloomsday at the Palco Bar on June 10, and at McKibbins Irish Pub on June 12. Come out and meet these great musicians.