Where Can you Find Montreal’s Literary Tourism?

Have you ever traveled somewhere far away in a different country just to see where your favourite novel takes place? Perhaps you’ve taken a trip to London to see the Globe Theatre for yourself while paying a cheap price to stand and watch a Shakespearean play like they did back in the day. Or maybe you’ve been on a Jane Austen tour to witness where the beloved author grew up. Or if you’ve decided to stick around in Canada, maybe visiting Green Gables in Prince Edward Island interested you due to Anne’s imaginative retelling of the island.

Visiting a place where a piece of fiction or an author comes from is of one of the oldest forms of tourism known today as literary tourism. Literary tourism is a kind of cultural tourism that involves visiting a place or taking part in events based on a piece of fiction or the writer’s life. You could follow the footsteps of a fictional character, see a space, landscape, or building described in the text, or visit the home or grave of a deceased author. If you were to take James Joyce and Dublin, for example, you could easily take part in walking tours provided by the James Joyce Center to try to re-imagine what the city was like, visit the James Joyce Museum at the Martello Tower, or find his parent’s graves located in Glasnevin Cemetery. Dublin is full of markers, signs and statues that remind those roaming its streets just how much of a literary center it was for Ireland’s writers and their work.

But places like Dublin, or England, or even Prince Edward Island are not the only locations immortalized by fiction. Close to the end of February, I came across an interesting article by Browyn Averett that discusses the topic of literary tourism in our wonderful city of Montreal. Her article is a recap of her literary tour in the city where she began her pilgrimage at the Bibliotheque et Archives Nationale du Québec. She sets off to visit Ontario Street, which isn’t too far 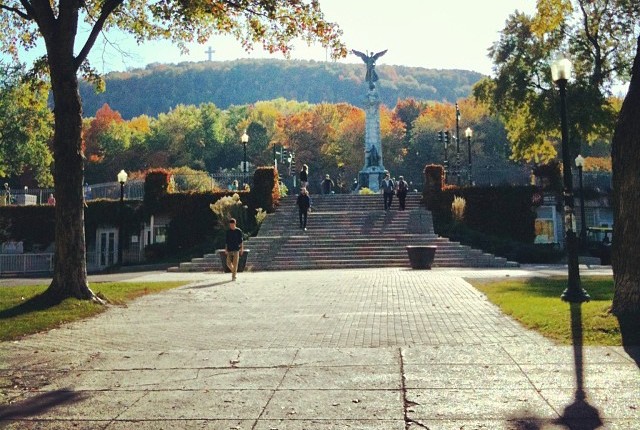 away, to witness the setting of Dany Laferrière’s novel How to Make Love to a Negro Without Getting Tired before continuing onto Saint-Laurent where Zoe Whittall’s Bottle Rocket Hearts is set. She continues her tour towards the French publishing house north on Saint-Laurent that may be familiar to you as the Librarie Gallimard before she heads off to the Mile End to visit the setting of Sigal Samuel’s book The Mystics of Mile End (where, according to Averett, “the neighborhood itself becomes a
character, playing a part in the intertwining destinies of several Mile End families”). Her article continues with mentions of other iconic places in Montreal, such as the Saint-Viateur Bagel Shop which is featured in Mordecai Richler’s The Apprenticeship of Duddy Kravitz, Mount Royal which is most probably mentioned in any work of fiction that is set in Montreal, 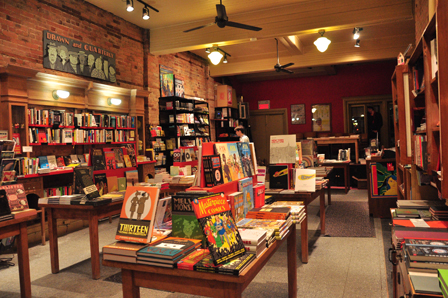 Park Lafontaine where Michel Tremblay’s novels, such as The Fat Woman Next Door Is Pregnant, is set, Saint Henri where Gabrielle Roy’s sets her novel The Tin Flute, and, of course, important Montreal books stores we love to love like Drawn & Quarterly and the Word.

After reading Browyn Averett’s literary tour through Montreal in February, I was inspired to visit these locations once the snow disappeared. Now that the weather is to everyone’s liking, it’s worth the walk to see these familiar sites again. I highly recommend you check out her well informed article here to learn more about these texts and authors mentioned above. It certainly makes one want to visit the streets and locations of Montreal through literature, doesn’t it?