What does the subject of Kevin Birmingham’s The Most Dangerous Book have in common with the Charlie Hebdo tragedy? Since early January, the murder of the twelve Charlie Hebdo staff sparked debates on the concept of freedom of expression or freedom of speech in art within the news and social media platforms. Contemporary authors, such as Salman Rushdie who lived years under the death threat after the publication of his book The Satanic Verses in 1988, spoke out on the subject of the Charlie Hebdo murders in anger, while justifying that art has the capacity to push the artist to the edge: “[…] artists who go to that edge and push outwards often find very powerful forces pushing back. They find the forces of silence opposing the forces of speech. The forces of censorship against the forces of 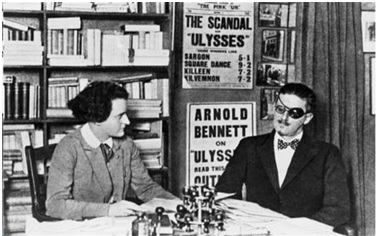 With Rushdie’s words in mind, one can easily think of James Joyce and his experience with “the forces of censorship” in the early twentieth century—particularly the 1933 case that occurred in the United States District Court regarding Ulysses and freedom of expression. The trial between the United States and Random House publishing group demonstrated whether or not Ulysses was an obscene piece of literature. The case brought up the sexual content of the novel, the blasphemous remarks against the church, as well as the indecency of the language being used. Yet Random House contested that the text was not offensive and was protected by the first Amendment of the American Constitution with respect to freedom of speech. In the end, Judge M. Woolsey ruled that the book was not obscene at all and that Joyce expressed the realities of our thoughts. Moreover, Woolsey considered the text as a whole when making his decision, rather than focusing on particular fragments of vulgarity, indecency, profanity, pornography and four-letter words.

Of course, this is only one of many instances in which Joyce’s works faced censorship issues. As it is demonstrated in his letters to his editors, Joyce himself had censorship problems in regard 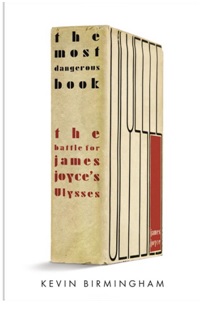 s to his other works, like “The Dead” for example. Yet it is understandable why Ulysses was perceived as an almost illicit piece of literature as many considered it a “dirty” book. Today, the discussion of Ulysses on trial has re-opened thanks to the recent publication of The Most Dangerous Book: The Battle for James Joyce’s Ulysses by Kevin Birmingham. Birmingham’s text presents to the reader a biography of Ulysses and its reception during the turn of the twentieth century. This Bloomsday, we are excited to announce that Kevin Birmingham himself will be closing up our Festival Bloomsday Montréal 2015 with a talk on his recent book. Wouldn’t it be interesting to ask Birmingham his opinion on the recent Charlie Hebdo tragedy after the publication of his research on “the forces of censorship against the forces of utterance”?

Make sure to catch Kevin Birmingham’s discussion on The Most Dangerous Book on June 16th, 2015 at the Jewish Public Library (5151 Côte Ste-Catherine) at 7:30 pm. Admission is $10 for members and students / $15 for the general public. An Irish style reception will follow.

Cited: Rushdie, Salman. “Salman Rushdie on Charlie Hebdo: freedom of speech can only be absolute.” The Guardian 15 Jan. 2015 Web. http://www.theguardian.com/books/2015/jan/15/salman-rushdie-on-charlie-hebdo-freedom-of-speech-can-only-be-absolute