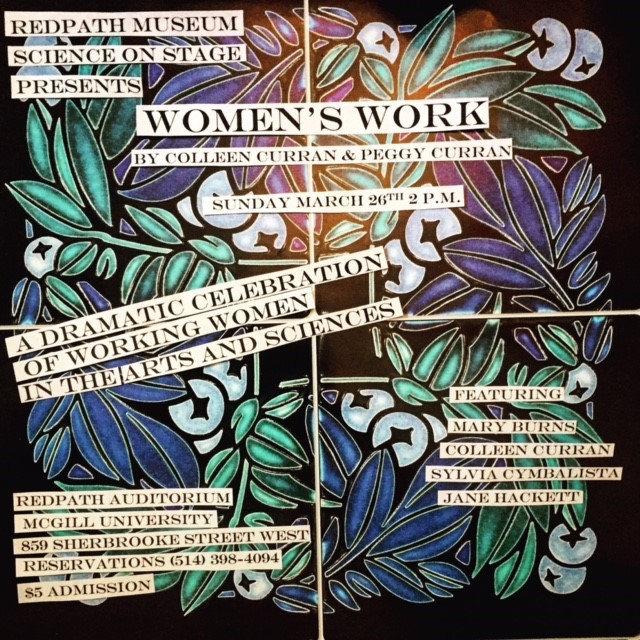 Donald Smith, better known as Lord Strathcona, endowed McGill University with a sum of money to ensure that women would be educated on an equal footing with the men at the time.  Escorted into the amphitheatre, which is now within the Redpath Museum, they were strictly chaperoned and forbidden to mingle with the other students. Because they were the special charges of Lord Strathcona, they became known as the “Donaldas.”

On Sunday, March 26, the audience, sitting in the same amphitheatre, viewed a presentation of Science on Stage: Women’s Work, a series of five staged scenes from the works of Colleen Curran and Peggy Curran.  Emily Carr, Maud Abbot, Emily Coonan and Amy Savage made appearances in Lunch with Miss Emily Carr, Campo San Angelo, and Taking Care of Alice, allowing the audience to appreciate what these women had done. 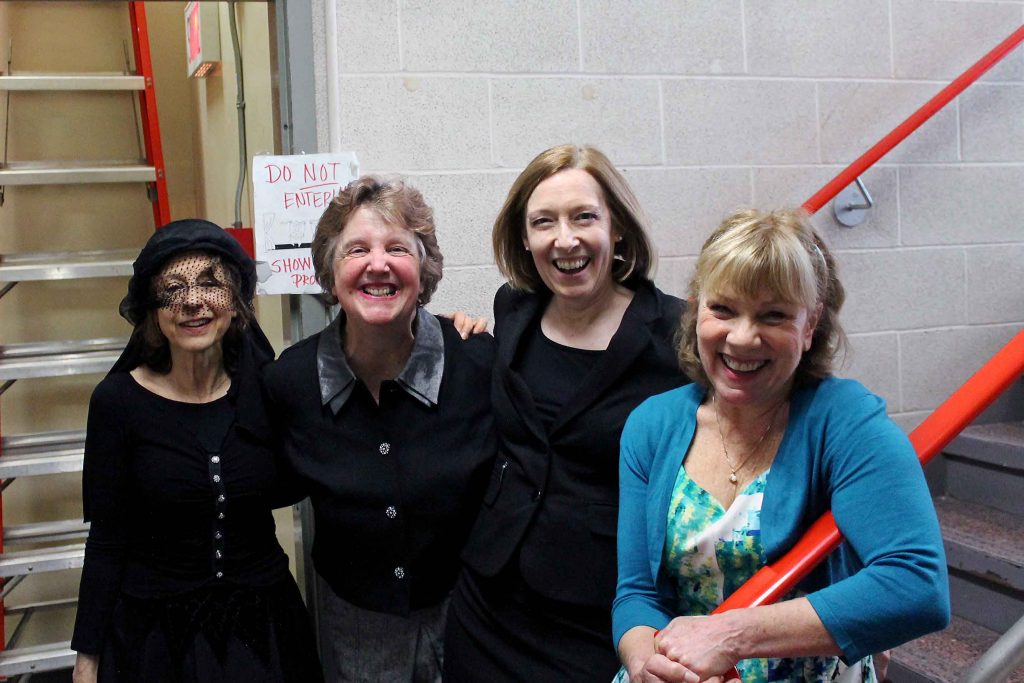 The two final extracts presented were from the latest works of Colleen Curran.  Godot at the Coconut Grove, which she presented late last year at Redpath Hall as a staged reading of the full play, elicited laughter from the packed house.  Based on an error of judgement, Waiting for Godot, is being presented at the Coconut Grove in Florida as the greatest laugh fest on two continents. A sponsor who has just noticed a typographical error in the programme tries desperately to have it corrected during the hours before opening night in order to save face with her hyper-critical in-laws who refuse to accept that a woman can run the business. Both errors have life-changing consequences for everyone involved.

Terribly Theatrical, the play on which Colleen is currently working, presents another kind of woman.  Bound by the clauses of her late husband’s will, a widow must manipulate certain members of his former entourage into fulfilling his final wishes.  An actress who has played the part of his daughter in several productions is called upon to avenge the fact that he had never been allowed to perform in a certain prestigious theatre by surreptitiously grinding his ashes into the carpet inside the theatre. Better “late” than never. Other demands, each more preposterous than the previous one, pile up on this “daughter” whom the widow reminds of her need for “filial piety.”  Because there is no limit to what a “child” will do for her “father,” money is out of the question.

Where these works-in-progress will lead is anxiously anticipated.

The Donaldas have come a long way.