Ulysses Alive: a Find and a Challenge 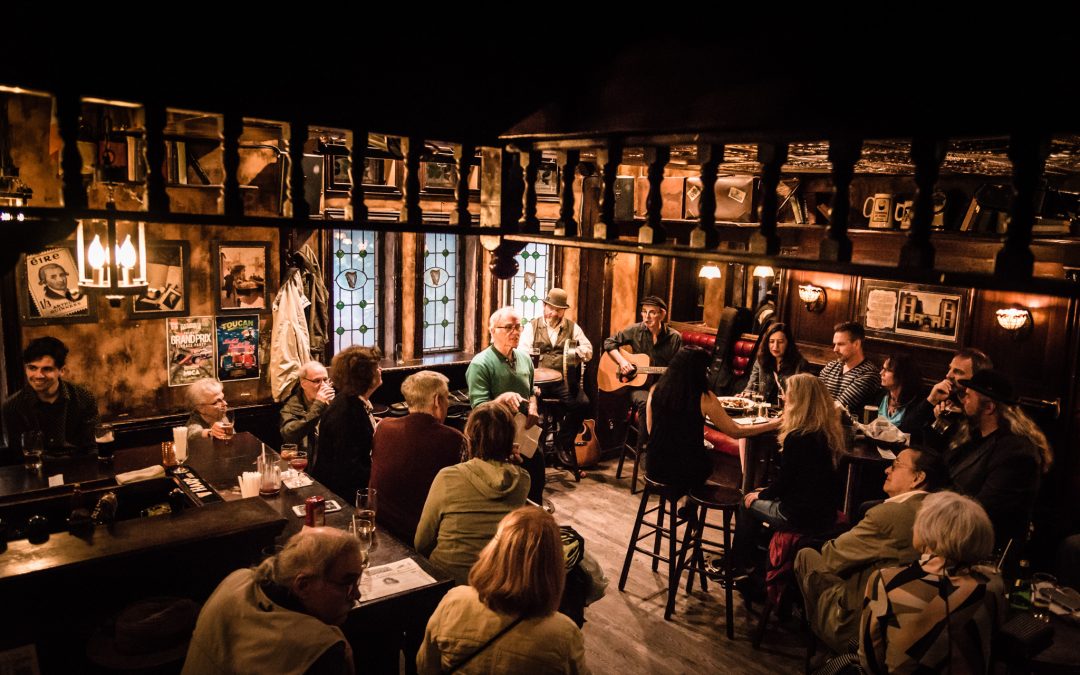 The quest to understand Joyce’s Ulysses continues!  We came across a web site called BLOOMS AND BARNACLES, described as “a non-academic discussion of James Joyce and Ulysses”.

Blooms and Barnacles is fairly new. Much like the history of our local Bloomsday festival, the site started as a Bloomsday reading in a pub in Oregon called T.C. O’Leary’s on June 16, 2017. That group formed the Ulysses Support Group which then met weekly with the goal of reading all of Ulysses before the next Bloomsday. They succeeded. Since then, two members, Kelly and Dermot, have expanded the Book Club into an on-line venture which includes a web site, podcast, cartoons and information related to ideas, people and history in the various chapters of the novel.

Have a look. I’m sure you’ll enjoy it.  I particularly liked the episode on Sweny’s Pharmacy which was recorded on November 29, 2018.

And our new year’s resolution: to start our own weekly reading of the great novel at Hurley’s. All we need is a great leader. Could it be you? Email us at bloomsdaymontreal@gmail.com if you’re interested in leading the group.