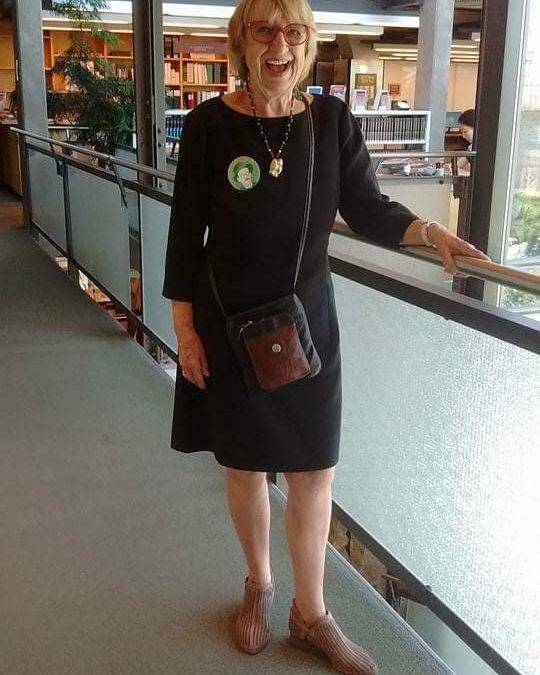 The following obituary was kindly submitted by Shirley Grové.

If I could summarise my perception of Yvonne’s life in a couple of words I would say “Absolute Contentment”.

Yvonne was born in the Diamond Mecca town of Kimberley in South Africa, and grew up in the suburbs of Johannesburg with her parents Archibald and Susan Ann, and 3 elder brothers Ronnie, Dave and Alby. Yvonne then moved on to London with her husband Fred Linton at the age of twenty-two. After a 3-year stint there they moved to Toronto where he worked as an accountant for 4 years and then on to Montreal—which she proudly called home. She worked at McGill University for decades.

They toured the world. She had been to places like the French and Italian Riviera’s, Venice, Dubrovnik, Athens, Iran, Beirut, Egypt and India. She enjoyed extensive traveling in Canada and loved Banff and the Rockies. She would always visit the museums, book stores and eateries. She also did adrenaline sports such as horse riding and gliding, and was a keen photographer.

She was passionate about animals, pets and nature.

“Yvonne was very much involved with literature and with all things Joycean. She was involved in the first group offered on Ulysses in the Fall semester of 2011 at the McGill Community of Lifelong Learning. She often participated in the annual Montreal Bloomsday Festival – which started in June 2012 and continues to this day.  In addition, she was part of the founding reading group that has been studying Joyce’s rather difficult Finnegans Wake. She often contributed small but decisive elucidations of the dense text in our lively monthly meetings. We will all miss her and convey our sympathies to her family.”

Yvonne was, at the age of 81, very active on Facebook, and used social media to delight her large family of nieces, nephews and their children in South Africa with her direct conversations online. She always kept us up-to-date with her new hairdo’s, weather conditions in Montreal, special meals, and acquisitions of new shoes or some special coat or Tilley hat. She also always had a space for a picture or two of Celine—her much loved cat.

She is fondly remembered by Louise, her life-long friend (since primary school), her nieces and nephews (Robert, Yvette, Bernie, Hilton and Shirley) and Marlene and Mary Ellen who were in daily contact with her (daughters of her half-brother Alf).

She is loved and will be missed by her closest relative—her brother David Wall, residing in Johannesburg, who at the age of 89 fondly recalls memories of their childhood. He asked that the words from part of an old wartime song be included in this obituary:

LITTLE KID SISTER OF MINE

They needed a new star up yonder

And they couldn’t find

A brighter light to shine

God decided she was meant for

A star and so He sent for

That little kid sister of mine.